Jeremy Corbyn has been reconfirmed as the leader of the Labour Party.

After an intense social media campaign (#JezWeCan and #WeAreHisMedia), he scored a significant win over Owen Smith (61.8% to 38.2%).

Why – even after the turmoil of the past year – do Labour members (and £25 supporters) still want Jeremy Corbyn to be their leader? 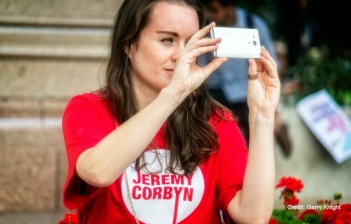 Leaving aside the fact that the choice of an alternative to Corbyn was mainly framed in terms of somebody who was simply a better communicator than the current leader, could a different type of leader really have appealed to Labour members?

And what is it about Corbyn’s leadership that members value most, particularly those who have joined recently?

We have collected extensive evidence through our party members survey, gathered with the help of YouGov, as part of the Party Members Project (PMP), an ESRC-funded academic project. END_OF_DOCUMENT_TOKEN_TO_BE_REPLACED