28th May 2018, Conservative Home, Rebecca Lowe: Women’s attitudes to the Conservatives – and vice-versa – are not what you may think

April 2018, A Cicero Group Overview, Inside the Labour Party (pdf) 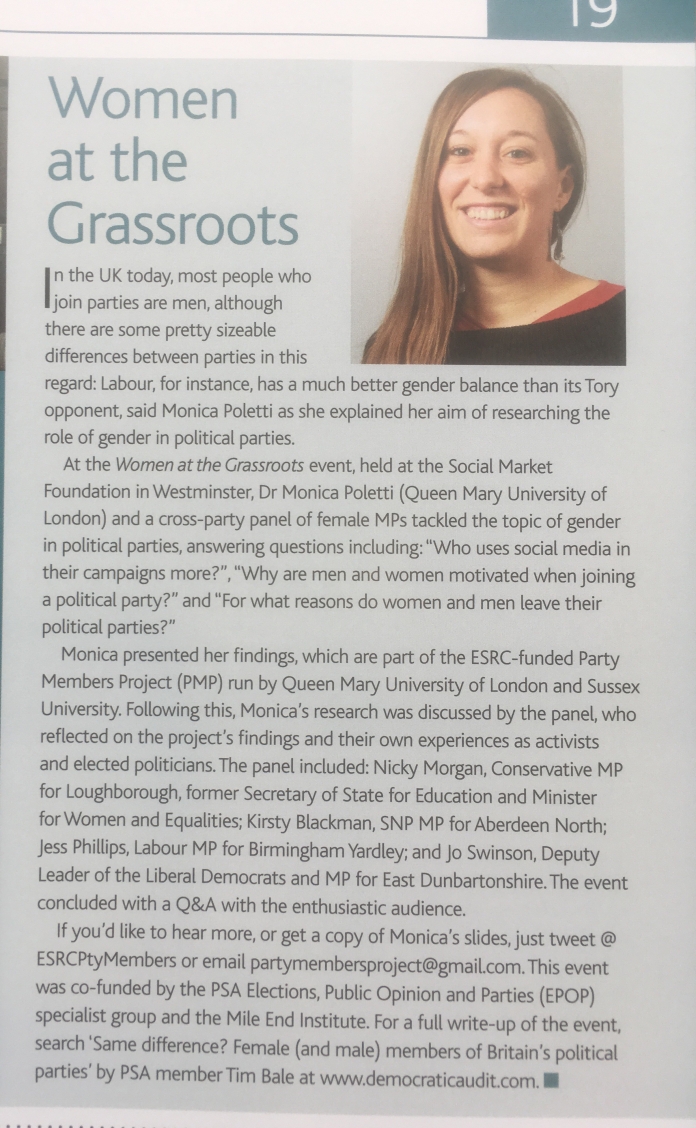 15th March 2018, The Telegraph – Female membership of Conservative Party almost halved in two decades amid claims joining up is no longer a ‘social thing’ to do (pdf)

5th February 2018, New Statesman, Why Labour’s Brexit strategy may be in trouble, in four charts

14th January 2018, The Guardian: How and why Britain might be asked to vote once more on Brexit

11th January 2018, The Guardian: On Europe, Labour was right to be cautious. No longer

11th January 2018, The Economist: The Tories need a broader membership if they are to survive

9th January 2018, The Guardian: Theresa May can rally her troops, but the Tory party is dying on its feet

4th January 2018, Conservative Home: New evidence of the harm done by the Conservative Party’s mismanagement of its own grassroots

4th January 2018, The Herald: Half of all Tories back the return of the death penalty

4th January 2018, Metro: More than half of Tories want to bring back the death penalty

4th January 2018, Mirror: Tories branded ‘a breed apart’ after more than half backed the return of death penalty

4th January 2018, The Business Times: Tories don’t want second Brexit vote, but everyone else does

4th January 2018, The National: Tory members ‘most afraid that their party is incompetent’, finds study

4th January 2018, Express: REVEALED: More than half of Conservative party members back the death penalty

9th October 2017, Jon Worth Euroblog: What’s the age of members of the Tory Party? How an incorrect number lodged itself in people’s minds

1st October 2017, The Guardian: The Tories are weak and directionless: but it’s not party members’ fault

16th September 2017, The Guardian: Jeremy Corbyn is being driven by the ‘left-behind’ middle class

September 2017, LSE British Politics and Policy blog: How the Labour vote reflects a values-based realignment of the British electorate

25th July 2017, The Guardian: Labour should exploit the Tories’ disarray on Europe, not copy it

24th July 2017, The Sun: What happens if Theresa May resigns and who is favourite to replace her if she steps down as Prime Minister? 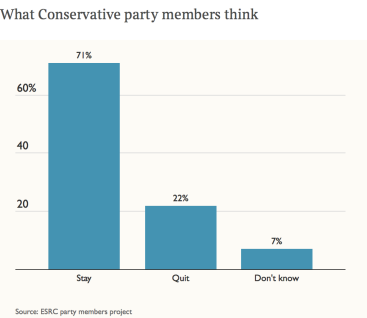 24th July 2017, The Guardian: Labour at loggerheads over staying in customs union post-Brexit

As Tories plot over summer who is to replace the PM as leader the latest poll puts the don’t knows ahead of the field, what a shambles! 👎

23rd July 2017, The Sun: David Davis tops Tory survey of who should replace Theresa May as 15 of her own MPs sign a letter of no confidence

23rd July 2017, Conservative Home: Next Tory leader. A YouGov poll echoes ConHome’s survey result: Davis first, Johnson second, and none of the above beating both 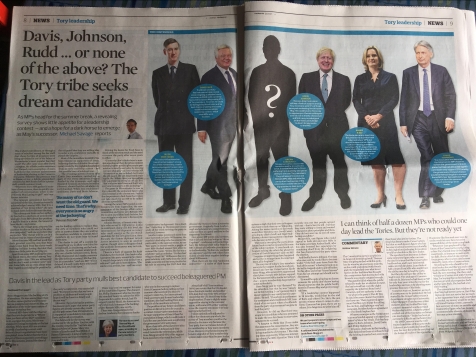 22nd July 2017,  The Observer: Tory members turn to David Davis in battle to succeed Theresa May

66% of Labour members think we shld stay in the Single Market with a further 20.7% saying “more yes than no” to this https://t.co/XPyCFq1fgf pic.twitter.com/AWW4I7peC4

8th June 2017, Medium: The remaking of the Labour Party

10th May 2017, Washington Post: Britain’s Labour Party is seeing a flood of new members. That’s why it’s in such trouble

9th May 2017, The Independent: This is what Labour could learn from Corbyn’s unlikely success in Liverpool (pdf)

21st April 2017, The Guardian: Labour needs a smart doorstep army – and we could all play our part

8th September 2016, Social Market Foundation (SMF):
Ask the expert: ‘Revolting Peasants?’ Labour’s changing membership: who they are and what they want

17th July 2016, The Guardian:
Can Theresa May even sell her own conservatism to her own cabinet

17th July 2016, The Guardian:
Labour has the stench of death – meet the killers

10th July 2016, The Guardian:
Who are the Conservative party members?

9th July 2016, The Sun:
Who will choose? As the Tory leadership contest hots up, we take a look at the members responsible for choosing Britain’s next leader 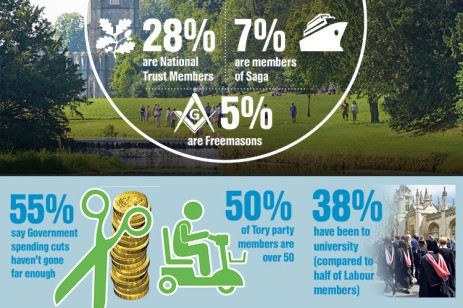 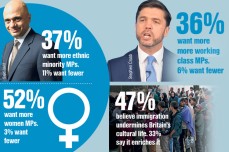 8th July 2016, Financial Times: Who, and where, are the Conservative’s party members? (pdf)

8th July 2016, BBC News:
Guide to the Conservative leadership race: May vs Leadsom

28th June 2016, The Sun:
Smirking class: Fewer than one in six of Jeremy Corbyn’s supporters is from working class background

28th June 2016, The Times – Red Box:
New Labour membership; two thirds did not help out on the doorsteps (pdf)

11th April 2016, Politics.co.uk:
The Corbynistas are noisy online – but will they go out delivering leaflets?

28th March 2016, Conservative Home:
Andrew Kennedy: Political parties. The age of mass membership may be over. But that of mass participation may be just beginning

15th February 2016, The Washington Post:
Will Britain vote to leave the EU? These six factors will make the difference

12th January 2016, New Statesman:
What killed the BNP? It’s not extinct, but it might as well be

10th January 2016, Matters of Fact blog:
Odd one out: Lib Dems and a progressive alliance

22nd December 2015, The Guardian:
Labour people are optimists, but this time I see no hope

23rd July 2015, The Independent:
Just who are these Labour Party members who will be choosing the new leader?