Blue grassroots- Conservative party members in 2017 – who are they and what do they want? #SMFask https://t.co/vTkQoSoCMi

*4th November 2016, Party Leadership and Intra-Party Politics, University of Sussex, Falmer, UK. What do grassroots members do for their parties during election campaigns – and why do they do it? Explaining the activism of British party members in the general election of 2015
Speaker: Paul Webb, Monica Poletti and Tim Bale

About the topic:  The talk will review the data the speakers have been gathering, and report a range of key findings about those who join political parties, their reasons for doing so, and the political activities they undertake.  The speakers hope to add a few thoughts on why people do not join parties as well.

*4th January 2018, Pamphlet with main project findings distributed to all MPs
By Tim Bale, Paul Webb and Monica Poletti
Grassroots – Britain’s party members: who they are, what they think and what they do

* June 2016: Chakrabarti Inquiry on anti-semitism in the Labour Party. By Shami Chakrabarti (our contribution to the inquiry here)

* 2016: Centre for English Identity and Politics at the University of Winchester:
Labour’s identity crisis: England and the Politics of Patriotism – Edited by Tristram Hunt MP 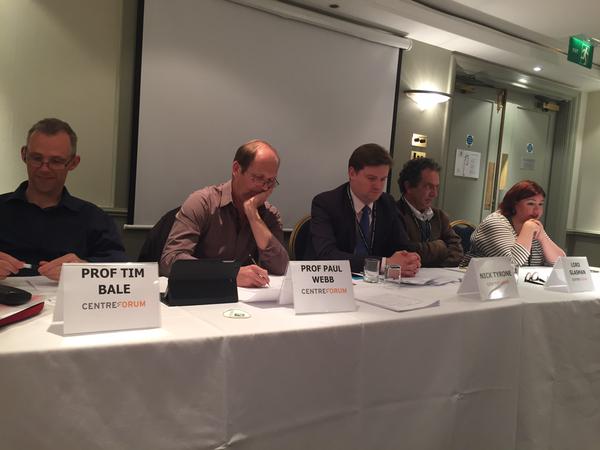