If Jeremy Corbyn genuinely believes, as he has repeatedly claimed, that the Labour Party’s policy should reflect the wishes of its members rather than just its leaders, then he arguably has a funny way of showing it – at least when it comes to Brexit. 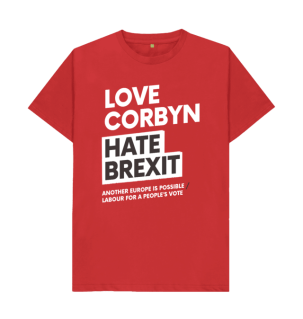 Our ESRC-sponsored Party Members Project has just surveyed 1034 Labour Party members together with a representative sample of 1675 voters.  Our survey of Labour’s grassroots clearly shows that Corbyn’s apparent willingness to see the UK leave the EU – a stance he has recently reiterated – is seriously at odds with what the overwhelming majority of Labour’s members want, and it doesn’t reflect the views of most Labour voters either.

Some 83% of Labour members we surveyed voted Remain in 2016 – a much higher proportion, incidentally, than the 60% of 2017 Labour voters who did the same.  And it is clear, firstly, that the vast majority of those members have no regrets about doing so and, secondly, that they would do so again in another referendum – something that they want the party and its leader, Mr Corbyn, to endorse.  It’s also clear that if he doesn’t, then a fair few of them would consider leaving the party.

Some 73% of current Labour voters think – in hindsight and irrespective of what they themselves voted in 2016 – that the UK was wrong to vote to leave the EU.  That proportion rises to 89% among Labour members – and is a view shared, too, by 31% of the small minority of members who did vote Leave in the Referendum.

If such a referendum – a ‘People’s vote’ as some call it – is held, it is clear which way Labour’s rank and file would go.  Some 88% of them say their first preference in a three-way referendum would be to remain in the EU, with only 3% saying that it would be to leave the EU with Mrs May’s deal and only 5% saying it would be leaving with no deal.  The figures for current Labour voters are 71%, 8%, and 12% respectively.

We also presented Labour members and voters with a series of binary, two-option referendums.  In what for most of them would be a Hobson’s choice between leaving on Mrs May’s terms or crashing out with no deal, then 27% say they’d boycott the vote altogether, although some 46% of members confess they’d take the deal (compared to 42% of current Labour voters).  More predictably, perhaps, a referendum which forced a choice between Remain and no deal would see 88% of Labour members (compared to 71% of current Labour voters) opting to stay in the EU – the option that 36% of the small minority of members who voted Leave in 2016 would now take too.  Similarly 88% of members (and once again 71% of current Labour voters) would vote to Remain if the other option presented to them in a referendum were leaving on Mrs May’s terms.

An insight into why (apart from their underlying support for EU membership) Labour’s grassroots members are such strong supporters of Remain perhaps comes from their answers to some of the other questions we asked them.  First up, they do not regard immigration as a big issue: asked to say which of a number of issues they though were among the top three facing the country, some 96% of members (like 86% of current Labour voters and, interestingly, even 73% of all voters) left immigration and asylum out of their top three. Second, a whopping 89% of Labour members (compared to 65% of current Labour voters and only 45% of all voters) are convinced that leaving the EU without a deal would have a negative impact on the economy in the medium to long term.  Third, a similarly impressive 82% of Labour members think that the warnings of the severe short-term disruption that no deal might cause are realistic – something only 35% of the electorate as a whole (although 58% of Labour voters) think is the case.

Nor, by the same token, is it surprising that Labour members are more supportive of the stance that the party has taken towards Brexit than are voters as a whole or, indeed, current Labour voters.  Of the latter, only 30% say they support Labour’s stance – compared to 47% of members.  Only 29% of members were prepared, notwithstanding their own Europhilia, to say that they actually opposed Labour’s stance, although some 24% were ambivalent or said they didn’t know. Still, it’s quite something when, on the issue that 61% of Labour members regard as the number one issue facing the country, only just under half of them actively support their party’s stance on it.

It’s also quite something that nearly a quarter (23%) of Labour members put their leader’s failure to endorse or campaign for a new referendum down to the fact that he actually supports Brexit – something that those who supported Owen Smith’s kamikaze challenge to Corbyn in 2016 are particularly likely to believe.  Meanwhile, a third (34%) of Labour members reckon that he’s worried about the party losing the support of Leave voters.  Just over one in ten (12%) hold on to the hope that Corbyn is waiting for the right time to come out in favour of a new referendum – with equal proportions believing that his failure so far to do so far is down to a principled objection (12%) or genuine indecision (9%).

But whatever Labour members reckon are Corbyn’s reasons for not getting behind a referendum, the Labour leader does need to think carefully about whether his ambiguity on the issue is quite as cunningly clever as many commentators seem to believe.  That’s not simply because of psephological research that suggests being seen to somehow facilitate Brexit will harm rather than help Labour’s electoral chances.  Nor is it because his stance on the issue directly contradicts his supposed desire to lead a democratic party.  It is because, if Corbyn carries on like this, then Labour risks losing some of the members on whom it’s relying to give it the activist edge over the Conservatives at the next general election. Getting on for a third (ie 29%) of Labour’s rank and file oppose the stance that the party has taken on Brexit – and over half (ie 56%) of those who oppose it told us that it has caused them to consider quitting (a proportion that is equivalent to around 88,000 members).

In sum, our survey suggests Labour’s membership is overwhelmingly in favour of the UK remaining in the EU and badly wants a referendum to achieve that end.  It also suggests that Labour voters, while not as keen as the party’s members on either count, are in the same camp.  Labour’s grassroots clearly hate Brexit, and although many of them still love Corbyn, he might not be able rely for much longer on their support for him trumping their opposition to leaving the EU.  As a result, our research is bound to increase the pressure on Labour’s leader to get off the fence

Tables can be found here: Labour Party Members, All Voters

NB Other outlets/sites/blogs are welcome to cross-post this article (and to use the associated tables to make their own graphics if they wish) as long as ESRC Party Members Project is credited as the original source.

This site uses Akismet to reduce spam. Learn how your comment data is processed.