Skip to content
HomeNo deal is better than May’s deal

If Theresa May is hoping that her MPs will return to Westminster having been persuaded by their Constituency Associations to back her Brexit deal, she’s going to be disappointed.  Our ESRC-sponsored Party Members Project, run out of Queen Mary University of London and Sussex University, has just surveyed 1215 ordinary Conservative Party members, together with a representative sample of 1675 voters.  It appears that those members are in no mood for compromise. 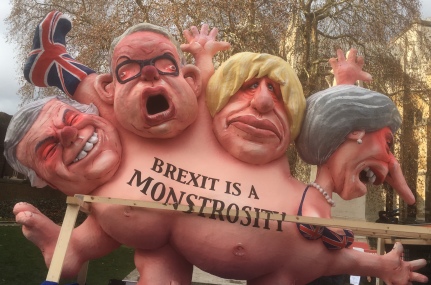 Some 72% of grassroots Tory members, compared to 68% of current Tory voters, voted Leave in 2016 – testimony to David Cameron’s crucial failure in the run up to the EU referendum to convince even his own activists, let alone the country, to back his stance.  Where he was then, Theresa May is today.

It would be fair to say that the Tory grassroots are, if not obsessed, then consumed by Brexit.  We asked all voters to list the three most important issues facing the country, and 60% of them ranked Brexit number one.  That figure rises to 68% among Tory voters and a whopping 75% among Tory members.  And they haven’t changed their minds on the merits of leaving the EU.  Some 79% of Conservative Party members think voters made the right decision in the 2016 referendum – and that includes a quarter (26%) of the (23%) minority of them who voted Remain two-and-a-half years ago; 97% of those who themselves voted Leave maintain the country made the right call.

No surprise there, perhaps: after all, two thirds (68%) of voters who currently support the Conservatives think the same.  But what is really striking is how little support there is at the Tory grassroots for Mrs May’s deal.

Generally, Conservative Party members, like most voters of whatever ilk, think the government has made a mess of negotiating Brexit.  Among voters as a whole, some 71% feel as much.  That drops to 56% among those currently intending to vote Conservative.  But it actually rises again when we look at members: 68% of the Tory rank and file think the government is doing badly at negotiating the country’s exit from the EU – a proportion that rises to 78% of those Tory members who voted Leave in 2016.

And that dissatisfaction extends to the Withdrawal Agreement itself.  We would expect Conservative partisans to be more supportive of the deal than the electorate as a whole, some 49% of whom say they oppose Mrs May’s deal, with only 23% saying they support it.  Among those intending to vote Conservative, that is indeed the case: some 46% say they support her deal with 38% opposing it.  Incredibly, however, among actual members of the Conservative Party, opposition to the deal negotiated by their own leader outweighs support for it by a margin of 59% to 38%.[1]  Furthermore, more of them (53%) think May’s deal does not respect the result of the referendum than think it does (42%), and if we take only those members who voted Leave back in 2016 some 67% think May’s deal fails to respect the result.

Moreover, the Tory rank and file, it seems, are convinced that No Deal is better than May’s Deal.  We asked ordinary members of the Conservative Party, as well as voters, what their first preference would be in a three-way referendum where the options were (a) remaining in the EU, (b) leaving with the proposed deal, or (c) leaving without a deal.  Among voters as a whole, some 42% of them plump for Remain, with 13% going for the PM’s deal, 25% for No Deal, and the rest saying they wouldn’t vote, didn’t know or refusing to answer.  The respective figures for Tory voters, however, are very different: 23% Remain; 27% Deal; and 43% No Deal.  Among Tory members, support for No Deal is even higher: 57% of them say that leaving without a deal would be their first preference compared to just 23% whose first preference was to leave on the basis of the current deal and only 15% saying it was to remain.

Mrs May can perhaps clutch at the straw provided by the response of Tory members to being asked for their second preference: some 40% said it was leaving with the proposed deal.  That said, some 33% said they would not cast a second preference.  This strong dislike of the PM’s deal also emerged when we asked about binary referendum choices.  Faced with having to choose between Remain and Mrs May’s proposed deal, some 20% of Tory members (like 11% of current Tory voters) said they wouldn’t vote and 18% (and 25% of Tory voters) said they’d vote Remain. Still, that leaves 57% of Tory members (and 56% of current Tory voters) who, faced with the choice between Remain and May’s deal, would vote for the latter.

Tory members’ dislike for the PM’s deal, however, really comes out when we asked about a referendum in which the choice came down to her deal or No Deal. Only 29% of Tory members would vote for Mrs May’s deal, compared to 64% who would vote to leave without a deal.

The third referendum we put before voters and members was Remain vs No Deal – and it reveals quite how strong support for the latter is at the Tory grassroots.  Faced with those two options, the electorate as a whole splits 45% Remain – 35% No Deal (with the rest either saying they wouldn’t vote, didn’t know, or refusing to answer).  Current Tory voters split 27% Remain – 63% No Deal.  But that’s as nothing to Conservative Party members: faced with a referendum offering just two choices – Remain or No Deal – some 76% of Conservative Party members would plump for No Deal.

Their reasons for doing so – and for preferring No Deal to May’s Deal obviously have a lot to do with their underlying Euroscepticism, but we can tease out some more proximate explanations from their answers to other questions we asked.

For one thing, Tory members have become convinced that the Irish backstop is a bad idea: only 11% think it makes sense and should be part of the deal; some 23% think it’s a price worth paying to get a deal; but 40% think it’s a reason in itself to reject a deal – and, added to that, 21% think it’s irrelevant because Mrs May’s deal is a bad one anyway.

For another, Tory members – like Tory voters – are utterly unconvinced, despite their own government’s best recent efforts – that a No Deal Brexit would cause serious disruption: some 72% of voters currently intending to support the Conservatives think the warnings are ‘exaggerated or invented’ – a figure that rises to 76% among Tory members.  Meanwhile, those members are convinced by a margin of 64% to 19% that leaving without a deal would have a positive rather than a negative effect on Britain’s economy in the medium to long term.

For all their criticisms of Mrs May’s deal, many Tory members are still sufficiently partisan that they find it difficult to express outright opposition to their party’s stance on Brexit: true, fewer than half (47%) of them are willing to say they support it, leaving nearly a third (31%) who say they oppose it.  And of the latter just over half (56%) say it’s caused them to think about leaving the party – something an organization with relatively few members already needs to take seriously since, if we take the official members at face value, that proportion is equivalent to around 22,000 out of 124,000 members. Those who’ve thought of quitting, incidentally, are more likely to be hard Brexiteers or Remainers than compromisers: if we use the three-way referendum question, then, of those who expressed opposition to the party’s stance on Brexit and so had been moved to consider giving up their membership, 57% were No Dealers and 64% who’d like to Remain, compared to just 27% who supported Mrs May’s deal.

The leadership of the Conservative Party, and its MPs, also need to take seriously quite how upset their rank and file will be if it leaves the EU on the basis of the current deal, let alone if the UK ends up staying in the EU after a referendum.  If the latter were to be the end result, some 58% of Tory members say they would feel ‘betrayed’, with 15% preferring the adjective ‘angry’.  If the UK left on the basis of the deal the figures would still be 23% and 10% respectively, with a further 22% saying they’d be ‘disappointed’ – not great but perhaps manageable, and interestingly much better than members’ reaction to the UK leaving with the kind of ‘Norway—plus’ deal some Tory MPs, such as Nick Boles, have touted. That arrangement would leave 38% of grassroots Tories feeling betrayed, 11% feeling angry, and 23% disappointed.

That substantial minority probably contributes to the equally substantial minority of Tory members (44%) who think that, should Parliament vote to reject her deal, then Theresa May should resign as leader and PM.  She may take comfort from the fact, however, that half (ie 50%) of the Conservative rank and file currently think she should stay in the job regardless.  On the other hand, the fact that, of her very own members, only 51% think she is doing well as Prime Minister (15% very well and 36% fairly well), while 48% (26% fairly and 22% very) think she is doing badly, is really quite something.

In short, Mrs May has failed not only to convince the country and quite probably Parliament that her Brexit deal is a good one, she has also failed to convince the party faithful.  If anything grassroots Tories are even less impressed than Tory MPs.  If some of those MPs can be persuaded to back the Prime Minister’s deal, it won’t be because they’ve come under pressure to do so from their local party members over the Christmas break.

Tables can be found here: Tory party members, All Voters

NB Other outlets/sites/blogs are welcome to cross-post this (or cut-down versions of this) article (and to use the associated tables to make their own graphics if they wish) as long as ESRC Party Members Project is credited as the original source.

[1] Note, however, that this is a significantly smaller gap than exists according to the figures recently featured on ConHome of 71%-26%.

[2] This compares to the figures recently featured on ConHome of 9% to 89%, suggesting again that its respondents are particularly Eurosceptical.

One thought on “No deal is better than May’s deal”

This site uses Akismet to reduce spam. Learn how your comment data is processed.