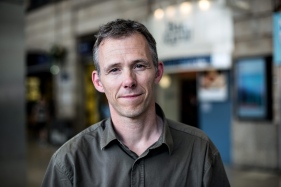 Tim Bale graduated from Gonville and Caius College, Cambridge and then did his Masters at Northwestern University in the USA. Following a couple of years working for the NHS, he did his PhD, on the Labour Party, at Sheffield University, where he was supervised by Patrick Seyd and examined by Paul Whiteley – pioneers in the study of UK party membership. After teaching for a year at Sheffield, Tim went on to teach politics at Victoria University of Wellington and at the University of Sussex.

He moved to Queen Mary in 2012. He was the co-founder of the Political Studies Association’s specialist group on Conservatives and Conservatism. In 2011 his book ‘The Conservative Party from Thatcher to Cameron’ received the Political Studies Association’s W.J.M. Mackenzie Award and a new edition is due out in 2016. His other book on the party, ‘The Conservatives since 1945’, is also out in paperback in 2016. Tim has also written on populist radical right parties, on green and left parties and, more recently, returned to writing about the Labour Party with ‘Five Year Mission: the Labour Party Under Ed Miliband’. Tim is a Fellow of the Royal Society of Arts.